Glittering with gorgeous gowns and glamorous hairdos, the legendary Beverly Hilton, home of the Golden Globe Awards, rolled out the red carpet for the Paul Mitchell Schools’ 9th annual FUNraising Gala. Each year, students and staff from the nationwide network’s 100 cosmetology schools spend three months raising money for selected charities. Raising $5-10 at a time with grassroots activities like cut-a-thons, hair shows, car washes, and casual days, the schools topped the $2.5 million mark this year, bringing their nine-year total to more than $8.5 million.

‘Not one celebrity was paid to be here,” said Claybaugh, “including Natasha Bedingfield.” The Grammy nominee performed at the Gala, courtesy of Children’s Miracle Network Hospitals. “And, thanks to sponsors and ticket sales, the Gala itself was a FUNraiser, generating an additional $27,000 for the charities.”

Addressing the crowd on behalf of Morris Animal Foundation, Betty White said, “Let us be grateful that there’s an organization who appreciates what really caring can mean. How do we possibly say thank you for that? Thank you so deeply.”

On behalf of No Limits, which helps deaf and hearing-impaired children, Kathy Buckley said, “It’s not just the kids you’re helping; you’re building self-esteem and confidence in the parents as well.”

“Chances are, none of our students will ever meet the people they’re helping globally, but they do it because they care, and because in their hearts they know they’re making the world a better place, and that’s the future of this planet,” John Paul DeJoria said. “All they asked in return was to help make the world a better place to live.”

“What an amazing night,” said Marie Osmond. “I am completely overwhelmed. Thank you from everybody at Children’s Miracle Network Hospitals. As one of the founders, I thank you, God bless you, and thank you for keeping the miracles happening. We love you guys!”

Throughout the evening, the Top 10 FUNraising schools were revealed (award-style of course: “May we have the envelope, please?”), and the first-ever Andrew Gomez Dream Foundation Compassionate Service Award was given to longtime volunteers John Turnage, Michaeline Re, Bill Waite, and Gail Fink. Citing their years of service, Claybaugh said, “When we started the Andrew Gomez Dream Foundation back in 2001 … we made the decision to run this foundation without spending any money. No rent. No salaries. No phone bill. Everything would need to be donated, including time, talents, and resources … But do not for one minute believe that the support and services we receive are not the very best, because they absolutely are … We work with the absolute best talents and professionals.”

Winners of the “First 100” contest were also recognized for raising at least $3,000 individually; they attended the Gala and a hands-on training the following day with top artists and educators Angus Mitchell, Vivienne Mackinder, Stephanie Kocielski, Takashi, and George Morales.

An unexpected $18,000 donation from Supercuts added even more to the total. “They weren’t part of our campaign, but they wanted to support us,” said Claybaugh. 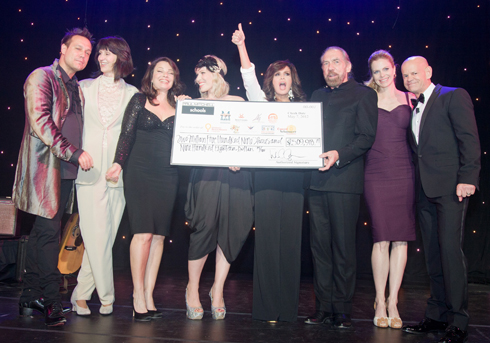 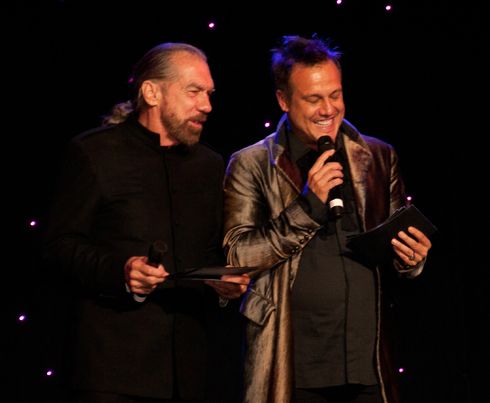 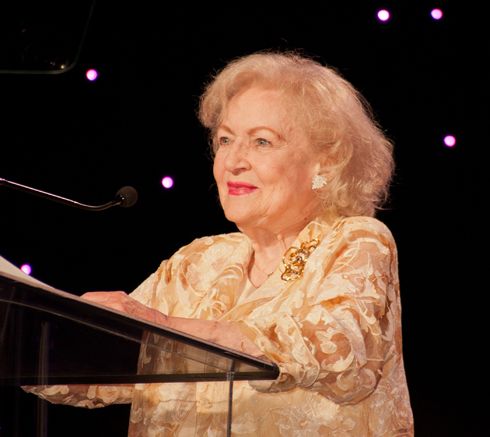 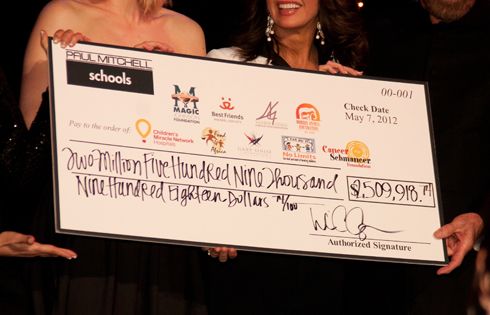