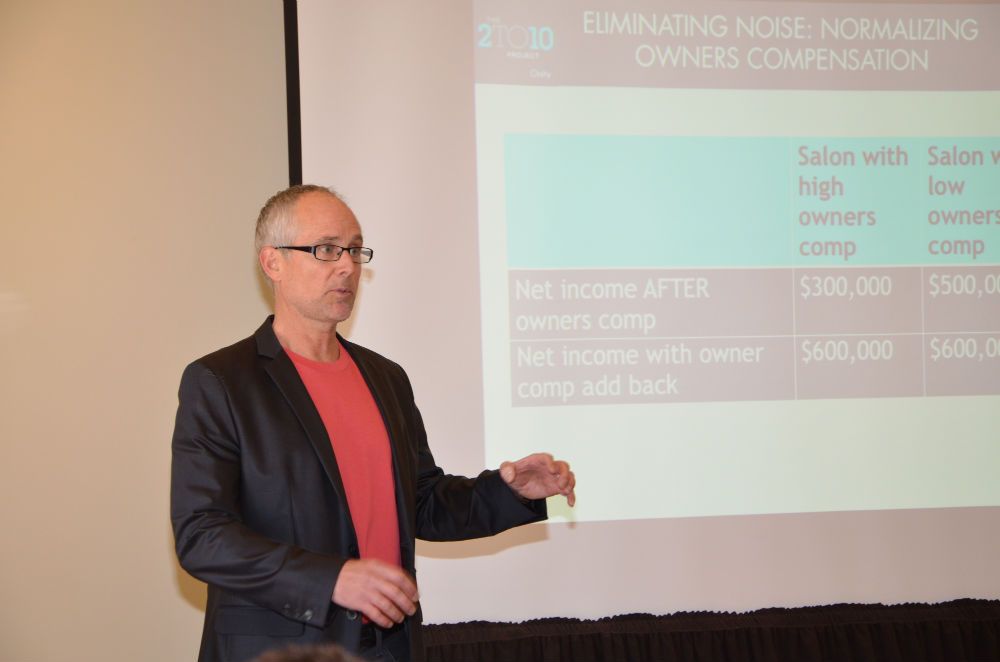 Tom Kuhn, of Qnity, shares benchmarks and best practices with the owners in the 2 to 10 Project. 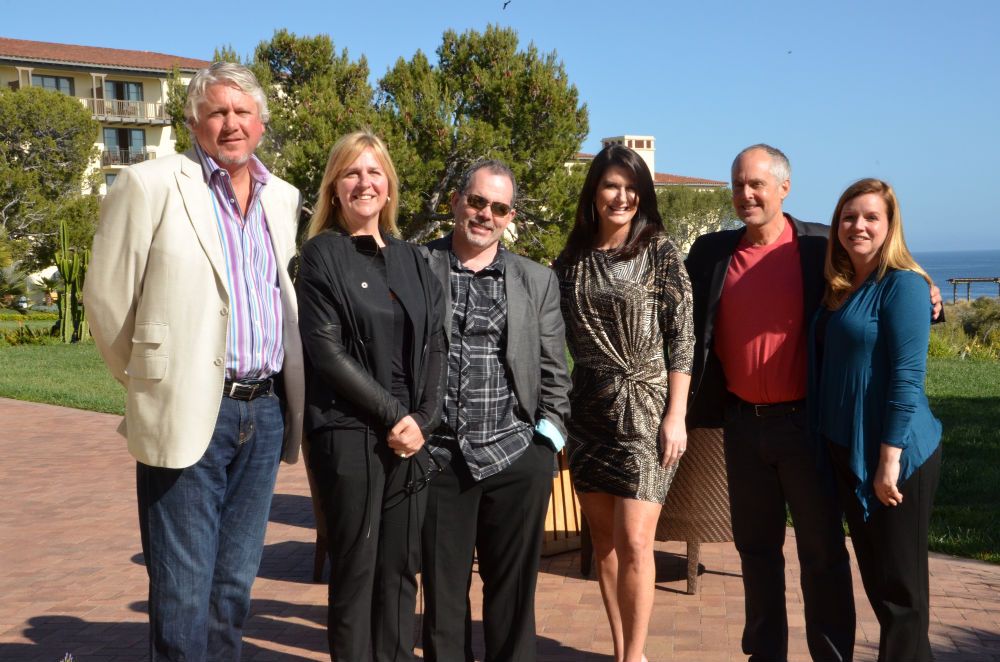 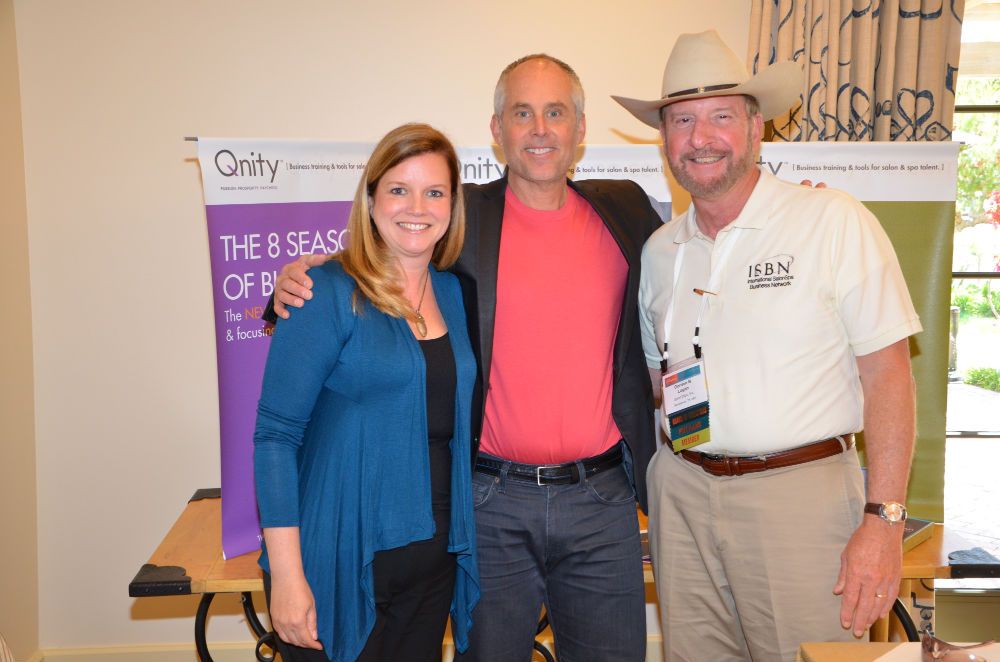 2/5
Slider
Tom Kuhn, of Qnity, shares benchmarks and best practices with the owners in the 2 to 10 Project.

Over the past few years and after several conversations with the owners of smaller, multi-unit salon operations, Qnity’s Tom Kuhn recognized a unique opportunity in the professional salon industry. Sponsored by the International Salon and Spa Business Network and SALON TODAY, Kuhn and Qnity recently launched the 2 to 10 Project, a research study that analyzed then shared the statistics, benchmarks and best practices of salon operations with between two and ten locations.

“Salon operations with between two and 10 locations represent 80 percent of the chain business, but this category of salon business is not very defined,” says Kuhn. “Most benchmarking information is only available for single operations or large chains—not much benchmarking has been done for this group. Working with this group, I’ve heard from many of the owners that it’s lonely out there, and that’s what’s been so great about the ISBN and its support of this study.”

In 2012, 29 salon companies participated in the study by opening up their books to Kuhn and sharing the details of their profit and loss statements. By analyzing them as a group, Kuhn was able to identify benchmarks in all areas of the smaller salon chain business, including information on sales, profitability, cost control, retail, client acquisition and retention, and payroll and commission structures to name a few. On the first afternoon of the 2012 ISBN conference at the Terranea Resort in Rancho Palos Verdes, Califonia, the owners of those participating 29 salons were invited to a special workshop to share the benchmarks and best practices that emerged from the study and receive a special scorecard that revealed how their own operations measured up compared to the group.

As part of the workshop, Kuhn invited four of the study’s owners to talk about different topics related to growing their salon into a multi-operation business in a special panel:

Frank Zona from Zona Salons in Boston talked about the personal and professional stretch of growing his operation from two locations to three within the past year. Susan Dykstra, general manager of the Van Michael Salons in Atlanta, described how she and Owner Van Council divide leadership responsibilities in his organization. Larry Walt, owner of Design 1 Salons and Spas in Grand Rapids, Michigan, talked about improving employee retention and shared his unique system that incorporates employees in the hiring process by letting them vote a new hire in or out.  And, Susan Haise owner of Milwaukee’s Neroli Salons and Spas detailed her multi-pronged system for communicating with members of her growing staff.

Here’s what some of the 2 to 10 Project’s participants had to say about the program:

Nick Provenzano, Zano Salons and Spas, Naperville, Illinois: “It was a great opportunity to measure up to those

Kevin Thompson, Shear Express, The Villages of Florida : “It’s the only place in the industry where you can openly discuss business practices that are leading other multi-unit salons to success.”

Kyle Simonson, Simonson Salons and Spas, Minneapolis, Minnesota: ”Like attracts live. I loved spending time with this A team of salon owners.”

Arsalan Hafezi, Modern Salons and Spas, Charlotte, North Carolina: “It was a great opportunity to see and measure yourself against other successful multi-unit salon owners.”

Henry Pelusi, Philip Pelusi Hair Salons, Pittsburg, Pennsylvania: “ A great opportunity to measure up to those we respect and strive to be.”

Frank Zona: We had a quarter meeting just before I came and I told them about this project and that we’d be with the top 2 to 10 operations and I’d see a chance to see where we’d stack up and I could feel the energy in the staff because our people really care about that. And, I really like to see as a company how we compare with  the places and the people who I really respect—so if I’m in the middle or even in the conversation then I feel pretty good about what we’re doing.”

Susan Haise: “The 2 to 10 program is consolidating financial information so multiple unit salon owners can grow their business. Finding benchmarks and best practices is something that will be truly valuable over the next five to ten years, and I’m really excited about the last two years, and looking forward to the future.”

Watch for the launch of a regular 2 to 10 Column in the pages of SALON TODAY and on salontoday.com where the owners of multi-salon units will share their best practices.