Where Businesswomen Still Get Stalled 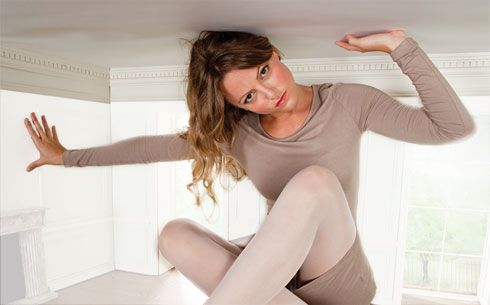 AMERICAN WOMEN HAVE REACHED parity with men in terms of education, and in the salon industry, they dominate business ownership. In 2010, 30 percent of all small business owners were women; while 61 percent of salon businesses were women-owned. While women’s gains over the last 50 years are dramatic, recently, advances have flatlined. According to Women in America, a March 2011 report from the White House, women’s educational gains have outpaced men’s, and more women than men participated in work-related adult education. In the last 10 years, 2 million more women than men graduated from U.S. colleges; and 70 percent of current high school Valedictorians are female. Still, the pay gap persists at all levels: women still earn about 75 percent of what their male counterparts do, and female representation at the upper echelons of corporate America remains pitiful.

According to Development Dimensions International (DDI), a global talent development firm which conducted the 2011 Global Leadership Forecast, the further up the management ladder you look, the more underrepresented women are. Despite the fact that women comprise almost half of the workforce, they hold just 10 percent of S&P executive positions.

The Way We Are

The Professional Beauty Association’s (PBA) June 2011 report, Economic Snapshot of the Salon and Spa Industry, notes that 84 percent of those in personal appearance occupations are women, compared to 47 percent of employees in the U.S. workforce. No surprise here, since women tend to dominate service and retail industries, according to the Small Business Administration (SBA). What else is happening with women-owned businesses? According to the U.S. Department of Commerce Economics and Statistics Administration’s (DCESA) 2010 Report, Women-Owned Business in the 21st Century, in the last decade, women-owned businesses:

• Accounted for more than $1 trillion in economic output.

Several studies pinpoint finances and chosen industries as primary reasons for male/ female business gaps: Women do not ask for or obtain business financing as often as men do and are more likely to rely on credit cards or government financing. The SBA Of ce of Advocacy’s report, Developments in Women- Owned Business (June 2011), which attempts to place women-owned business in a broader perspective, tracked data for a decade and notes that male and female-owned businesses share the same general development patterns. The report also notes that:

Of course, no statistic can address the complexities of discrimination and gender stereotyping. Additionally, reports like the DCESA’s note that women work fewer hours and are more concerned with work flexibility and family-work balance than male business owners. Other reports claim this is an assumption that holds women down. Regardless, there are specific challenges all professional women face. These include income/ business financing, leadership and actual power.

The DCESA’s aforementioned report notes: “While a high share of all business owners indicated they used personal or family savings to start or acquire their business, a substantially lower share of women-owned than men-owned businesses used a bank loan (5.8 percent vs. 12.7 percent). This same pattern occurs in the use of financing sources to expand or improve businesses: Women-owned businesses were less likely than men to use a bank loan (4 percent vs. 10.7 percent).”

What can women do to improve borrowing opportunities when tight-fisted lending institutions put 2011 small-business loans down 3 percent from 2010? Maintain good credit scores; be prepared to justify every expense and demonstrate your businesses’ ability to survive in tough times. Avoid billing everything to the business, so it appears unprofitable on paper.

• Target investors who understand your business or have invested in similar businesses. “Understanding an investor audience’s track record can eliminate time spent on investors who may not get your concept, and give you an advantage with those who do get it,” says Bailey.

• Research what investors can contribute beyond money, such as helpful contacts within their network or specific business experience that would be useful. “Thinking beyond money will help build that connection between you and your investors.”

• Listen to investor feedback. View objections as opportunities to improve upon how you tell your story, and try again.

According to Catalyst Research’s February 2010, “Pipeline’s Broken Promise,” which tracked business grads: “Even after accounting for experience, industry and region, women start at lower levels than men, make on average $4,600 less in their initial jobs, and continue to be outpaced by men in rank and salary growth.”

Catalyst’s research on Fortune 500 companies notes that in 2010, women held 15.7 percent of Board seats—a 0.5 percentage point gain over 2009. Solutions to higher corporate representation include: aggressively seeking out more responsibility, asking for international assignments (showing willingness to travel), and promoting yourself through advocates— that pool of higher-ups less likely to be female. DDI discovered that when a job is posted, women will apply for it if they meet 100 percent of the criteria; men will if they meet 60 percent. Jazmine Boatman, the manager of DDI’s Center for Applied Behavioral Research says when it comes to leadership development, the quality has decreased over the past two years, and leadership development is the pipeline through which women ascend.

“Coaches should use formalized systems with specific, assigned responsibilities,” says Boatman. “How they coach a person in should depend on the individual’s level, professional interests and where he or she wants to go.” Coaches can be advocates, as well, she adds; the more formal supporters a woman has, the better.

With coaches to guide them and advocates who promote them, women should be able to crack the concrete ceiling. In the salon industry, hairdressers and salon owners gain power through a combination of manufacturer relationships, their own product lines, celebrity clients, local reputation, association Board positions and a pro table business worth franchising. Star-quality employees matter too; keep them with creative co-ownerships or try “visiting stylist” agreements.

If you’ve been in the business long enough, you might remember the attempt to franchise Noelle the Day Spa, and its failure—supposedly because the renowned and now-deceased owner Noel di Caprio was so unique, her personality could not be duplicated. True, you can’t fake caring, but with today’s formalized customer-service and training systems, total branding and social media outreach, she could have been a contender. It all starts with power-player systems.

One Louisiana salon sets a schedule that leaves team members with big chunks of nonworking time.