Now that we’ve brought up the G word, let’s  take a closer look at the collective couponing phenonmenon—is it a good strategy for salons or a bad strategy? While we acknowledge there are many players in this segment, Groupon still leads the pack. We invited two salons to debate the issue, and a third to weigh-in with an industry alternative: 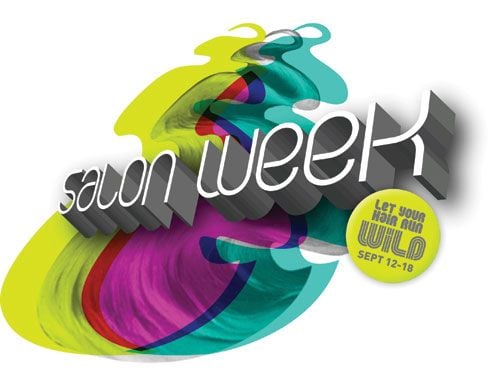 “Groupon is great for a cupcake store. Buy six cupcakes, and get six free. But in a labor-intensive industry like ours, it boggles my mind to see salons lining up for Groupon when there are so many problems with it.

“High client recruitment cost. Let’s say you’re offering a $100 service for $50. Groupon takes half, leaving you $25. Some owners are asking their stylists to do that service for $12. Subtract the cost of the product and Groupon’s 3 percent credit card fee, and you could be spending $700 to keep each of the 20 percent of those new clients you retain—if you retain that many.

“Wrong market. The discount allows high-end salons to offer a budget salon price and, therefore, attract budget salon clients who come for the treat. You’ll never pull that client away from the budget salon.

“Customer service slippage. Are you staffing up? If you cannot service these new clients, your word-of-mouth advertising goes downhill, especially if you’re inconveniencing your current clientele in order to make room for the new people. If the offer is good only for new clients, your current clients may not appreciate that they’re still paying full price. But if you do try Groupon, at least choose your slowest months of the year.

“I know of one salon that allowed clients with preexisting appointments to apply the discount to a wedding party. The bride bought $100 Groupons for each of her bridesmaids. For an $85 updo and $15 manicure, the salon received $25 minus Groupon’s 3 percent credit card fee. That left about $23 for the salon to split with the stylist and manicurist. Weddings are generally held on Friday or Saturday—so the bridal party filled half of the salon, on the normally busiest day of the week, with 16 services that originally had been booked at full price!”

“We’ve done Groupon once so far, and I was thrilled with the results. We sold close to 700 Groupons for a half-price hair cut, with 50 percent of them adding on a full-price color service, 75 percent prebooking a second appointment and at least 60 percent purchasing products. We also made money on the 200 or so purchasers who never redeemed the Groupon. Our stylists keep asking when we’re going to do it again!

“The key is to do your homework. We asked a lot of questions of Groupon, and their advice was helpful. Since so many salons have tried it, Groupon has a lot of data to help owners make it a success. We also called the manager of a nearby spa that had tried it and asked what they would have done differently. Consequently, we think we made a lot of good decisions.

“Once a year is perfect. Groupon told us the first three weeks and last two weeks before expiration typically are the busiest. We slated it to run February through June, and we found that Groupon’s guideline was accurate. It defeats the purpose to have it more often; this way it’s something special  people can buy for their friends or try out themselves.

“We didn’t give away too much. I was prepared to do a keratin special until we talked to the spa manager who’d made the same mistake. Instead, half off a hair cut worked well for upselling to color.

“Unless they specified a stylist, we booked Groupon users with our newer people, helping them to quickly build their book.

“We made sure our front desk was prepared for the onslaught of calls and, rather than booking them into all of the first available spaces, we spaced it out by limiting it to about 10 Groupons a day.

“The salon absorbed the cost, so the stylist received the entire fee. In return, we asked our stylists to take full advantage of the new clients and try to prebook them, add on color and sell them products.

“Some of our regular clients bought Groupons, but overwhelmingly the purchasers were new people. We never pay for advertising. People sign up for Groupon, so it’s in line with how I feel about not bombarding people with mail and e-mail. And it’s better than a direct mail promotion, which is like throwing a handful of marbles at a target. Groupon is a classy way to advertise.”

Following on the success of Restaurant Week and Spa Week, twice yearly Salon Week (salonweek.com) will debut September 12-18, offering a 50 percent discount on three services of each participating salon’s choice and repeating every March and September. Designed to attract new clients as well as to reward current clients, the concept was developed by salon owners, who expect about 1,000 salons to participate in this first round.

“People want to try higher priced salons, but they’re scared,” says Massachusetts spa owner Maria Lekkakos, president of Salon Week and partnering on the project with Marc Harris, who owns three Boston-area salons. “If someone is paying $30 but not getting what she wants, Salon Week will enable her to experience a premium salon service. Afterward, she may decide to spend that extra money to continue getting what she wants, or she might trickle down to a different price point in the same salon.”

For a membership fee of $699, salons list their profiles on the Salon Week website and receive merchandising and press materials. Professional product brands will support the endeavor with special pricing, according to Lekkakos.

A focused week creates excitement for the entire industry. “This is one event that has everyone doing it together,” Lekkakos continues. “It’s great to see everyone in the industry getting along. When we started talking about it, the industry loved it because it’s a fun event.”