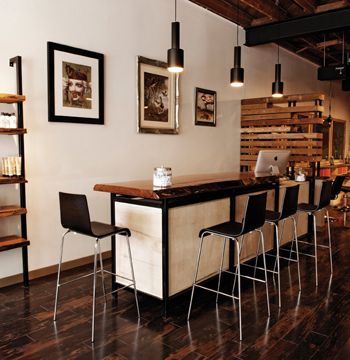 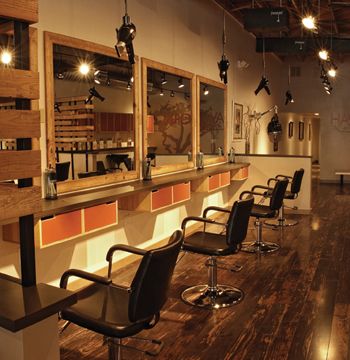 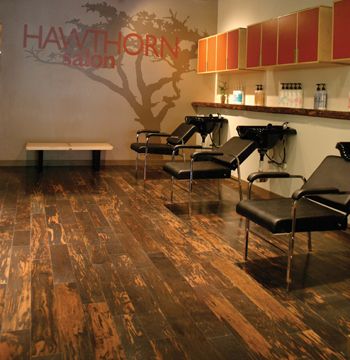 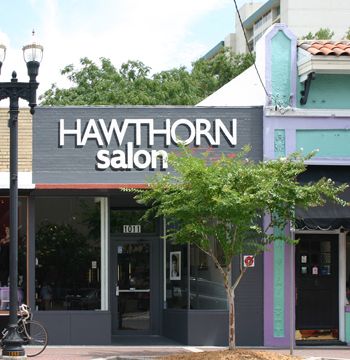 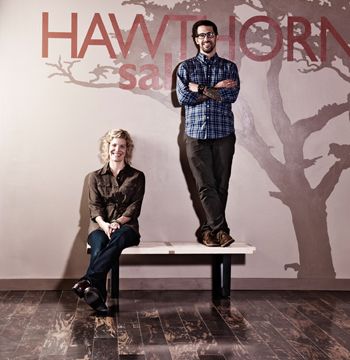 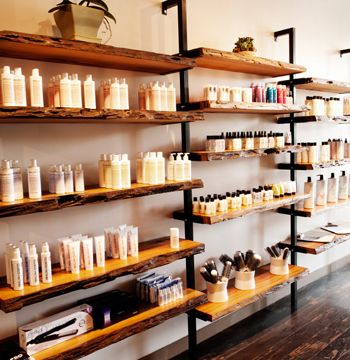 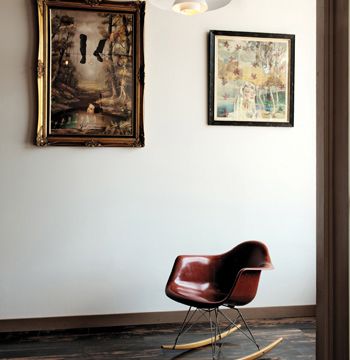 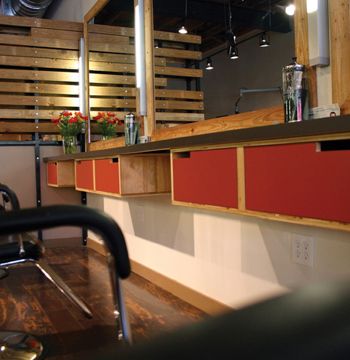 “love the use of all the materials, very creative Bohemian artwork.”

“The owners did a great job of achieving the rustic vibe they were going for.”

“ I love the reclaimed wood used throughout and the whimsical art/chair.”

“Cool cypress tree mural with logo, this has a cool and earthy vibe.”

WHEN JIM and Christie Stracke and Lea Laskowitz first conceptualized Hawthorn Salon, they may not have known exactly what they would create, but they had a firm grip on where they were going. “We wanted the space to be hip enough to attract a young artist, gender neutral enough to attract men and high-end enough to appeal to an upscale consumer,” says Jim Stracke. The owners accomplished their design goal with unusual materials and some twists to the typical salon design. Raw cypress wood, removed from the Florida swamps was used for the retail shelves, the reception desk and the shampoo bar. Embracing the local environment further, the color scheme was chosen to refl ect the Florida sunset. “The look of the raw materials always starts a conversation,” says Stracke. “It gives the salon a modern, distinct look that is not found in our local market.”

The owners transformed the traditional reception desk into a large bar with surrounding stools to increase the connection between the client and the stylist. “It’s an informal, interstitial space between arriving and your actual appointment,” explains Jim. “Having multi-purposes, the bar becomes the focal point for retail sales and continues the connection between the salon and the community after hours during parties, art shows and gatherings.”

Specific elements were designed to enhance productivity and profitability. For example, the Freestyle dryers not only create a clean look, they prevent stylist fatigue. And, the large retail area is both inviting and shopable.

The biggest design challenge was incorporating all the desired elements in a small space without making it feel cramped. “We overcame the challenge by keeping the space as open as possible, blending uses, and keeping divisions between the spaces as permeable as possible.”

The owners wanted an open floor plan that allowed clients to see how the entire salon works, but a long space necessitated visual separations between the layers of the salon. “These screen walls are made from raw reclaimed wood that was part of the original drop ceiling in the space. Elements of the screen wall design continue throughout the salon in the bathroom and changing room.”