TWO RIVERS SPA IN EAGLE, Idaho, opened in 2000 in a 2,000-square-foot space. Two years later, owner Stephanie Baker realized she had quickly outgrown the space and moved to 5,000 square feet and added a salon-becoming Two Rivers Salon and Spa. Fast-forward eight successful years, and add a $750,000 remodel and add another 2,500 square feet, and you have the expansive salon that boasts 15 styling chairs, 10 spa treatment rooms and 16 nail stations, overlooking the surrounding Boise River. Here, Baker points out the important elements of the design. 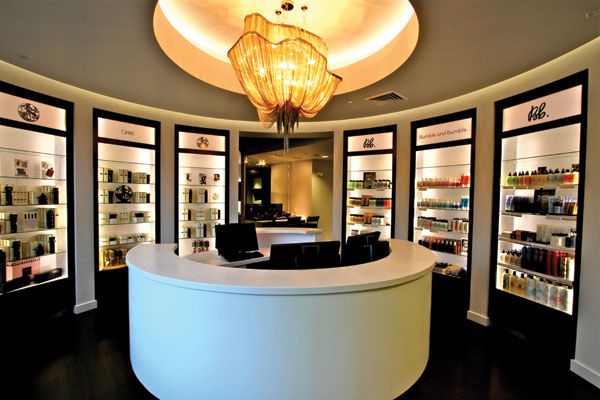 "I tore a picture of this chandelier out of a magazine years ago, it reminds me of beautiful, draping jewelry- it's an original created by Barlas Baylar. When we remodeled, we reduced our seating area and moved the retail to surround where clients are seated-immediately increasing retail revenue. We made the retail shelving in curved walls so while the clients wait, their attention is directed toward the retail." 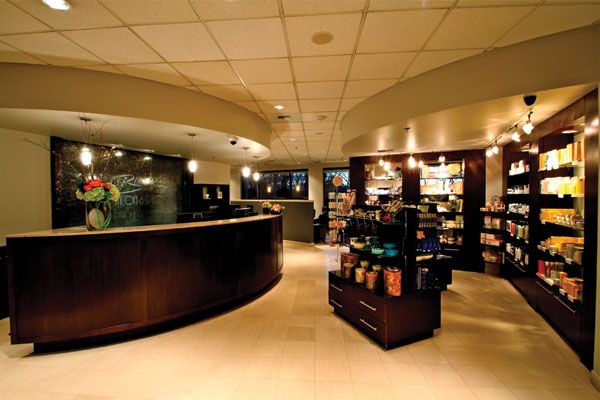 "The spa's front desk is backed by a waterfall with our logo imprinted on it, which is our â€˜signature piece' for the spa side, and accentuates the flow of water from the river. We have Top 20 music playing and runway shows on the flatscreen TV. The spa and salon have two different feels to them, but with the same dark brown wood and same colors to the fabrics and walls, the two are tied together." 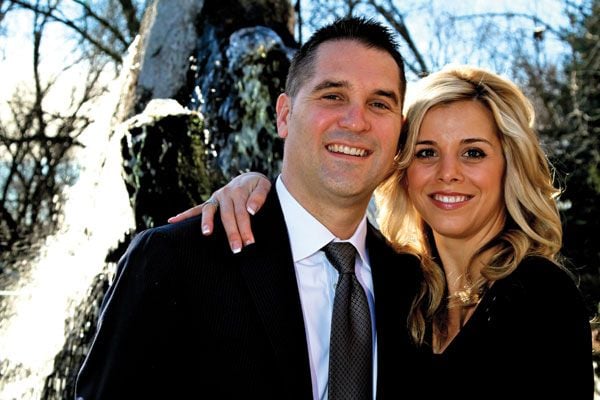 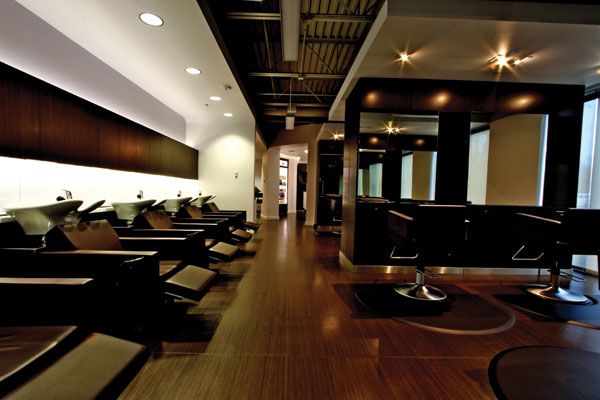 "This area takes on a modern, sleek and straight-lined style. The stations were custom built, so when not in use they are clean and put away. There are hidden cabinets with a push opening, where we keep all backbar and extra styling products to eliminate clutter. The unique ceiling is open with the painted ductwork; but to create greater lighting for the stylist and to give the salon a less industrial feel, the designer created â€˜ceiling clouds' over the styling stations." 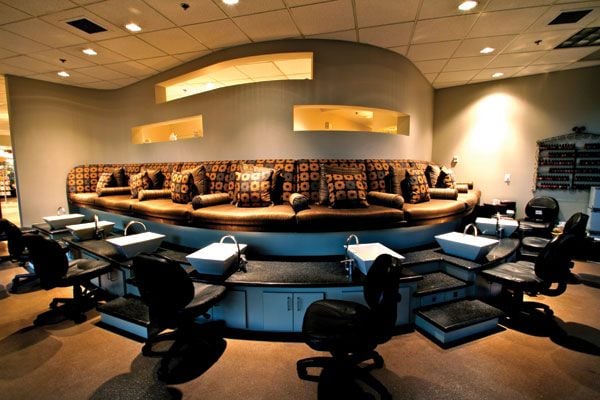 "The pedicure area was built in order to optimize the view of the river. The pedicure bench was custom built to curve so that every seat has a view. Having a pedicure here, with that view, may be more relaxing and entrancing than even a massage." 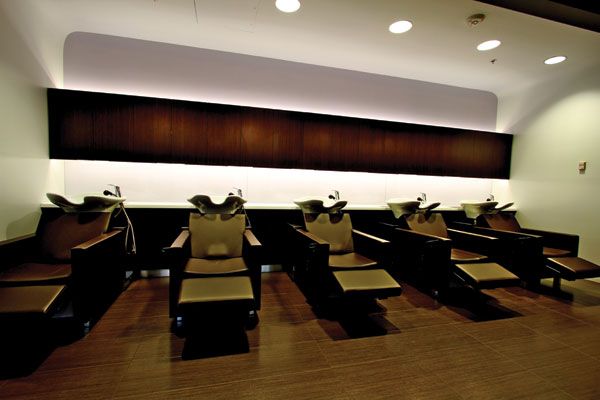 "In order to keep things modern and clean, we created a cove for the shampoo stations. This visually separates the styling stations from the shampoo stations. The shampoo chairs offer shiatsu massage and we custom built drop-down metal containers for the back bar to go into so the client is able to see products, but there is no clutter. We created holes in the cabinetry where half are for towels and half for trash." 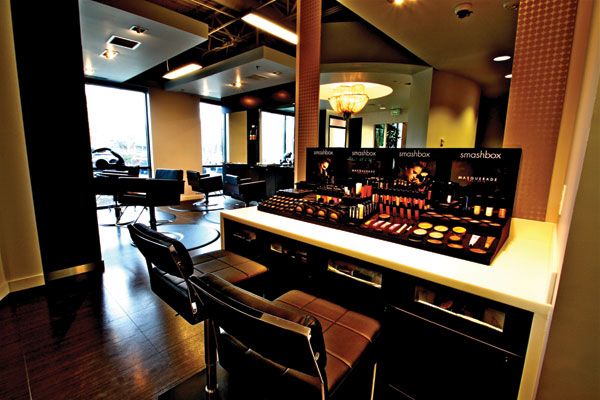 "The make-up station was built to follow the design; modern and sleek. I again had fallen in love with a magazine photo of Phillip Jeffries' "Rock-Star- Jewel" wallpaper with the silver sparkling circles, so I added it around the mirror and then across the makeup area on an opposing wall. I felt the silver sparkle accentuated the chandelier as well."