A group of salon owners rally in love and support, as Lisa Cochran donates her kidney to Domenic Cicala. 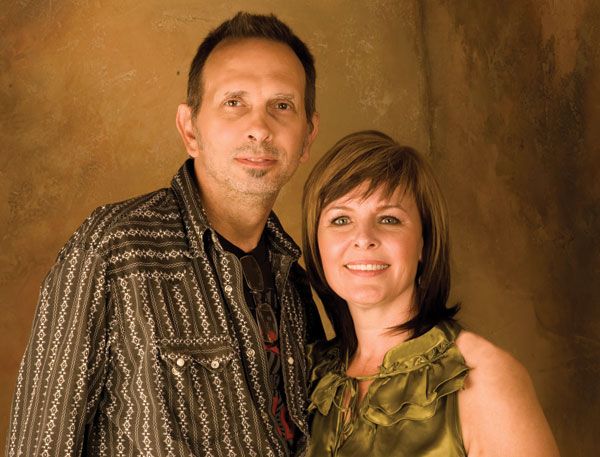 Years ago, a small group of salon owners met at The Salon Association's Symposium (now part of the Professional Beauty Association) and maintained their connection through regular postings on the association's list-serve. As time went on, they dubbed themselves "SOS" for Salon Owner Swap, and began forming their own regular retreats, gathering at different locations to share business-building ideas, commiserate over staff behavior, and back up each other on tough management decisions.

This past November, SOS took their relationship to a whole new level, when one member, Lisa Cochran, owner of The Studio in Hattiesburg, Mississippi, donated a kidney to Domenic Cicala, owner of O'Hair Salon+Spa with locations in Gaithersburg and Frederick, Maryland.

"I've always believed in organ donation, and that everything happens for a reason," says Melanie McCain Loboda, a former salon owner who now works as a stylist at Salon Synergy in Manheim, Pennsylvania. "I knew from day one that this group was special, but the events over the past six months have proven that we were brought together for so much more than we ever dreamed."

The successful, life-altering donation would never have happened though if not for Cochran's gutsy perseverance and Cicala's gradual acceptance.

In January 2010, Cochran noted that Cicala appeared thin and pale when the group met at Serious Business in New Orleans, but she didn't push the issue. When she later heard from a friend that he was quite sick, she called Cicala for details. He told her that his polycystic kidney disease had progressed and he was preparing for a surgical procedure to ready himself for dialysis.

Cicala, who had witnessed his mother and an uncle suffer from the disease, admits he was living in denial at the time. In January 2010, his doctor told him his numbers were high and he needed to consult a nephrologist. In March of that year, he was told he needed to be on dialysis. "Like any busy salon owner, I kept putting it off," he says. "I was busy running two salons and I didn't understand how this would fit in my life."

Meanwhile, Cochran relentlessly called Cicala, asking him if he was on the donor list and telling him about a relative she knew living on dialysis. Along the way she was doing her own research, learning there were more than 6,000 people on the donor list in Cicala's region (85,000 nationally), and according to statistics only 25 percent of those would ever receive a kidney. She began talking to her husband about the possibility of donating her own kidney. After a week of contemplating, they decided she should get tested to see if she would be a match.

"My husband didn't think I'd be a match for Domenic, but in my heart I already knew I would," she says. Over the past few years, Cochran had overcome her battle with depression, working with a physician to wean herself off medication. She'd been making healthy changes in her life, shedding 53 pounds and had started training for marathons. "I believed that all this change was part of something bigger."

April is Organ Donation Awareness Month. To find out more about organ donation, visit organdonor.gov where you can connect to your local organization and register to become a donor.

"Not only was Lisa a match, she was a good match," says Cicala. "I'm a giver, so I'm not used to being on the receiving end, and Lisa's generosity was overwhelming to me. But the coordinator helped me see things differently, and she told me that often living donors get even more out of the experience than the recipients."

"Up until that point, our relationship was more on a business level-I could have told you about Domenic's business plan but I didn't know the names of his children," laughed Cochran. "I knew how private Domenic was, but when we decided to do the transplant, I told him that we needed to inform the SOS group."

With the procedure slated for November, the SOS members kicked it into high gear, each drawing on their strengths and helping the best they could.

Sam Johnston, who owns ABQ Hair Studio in Albuquerque, New Mexico, donated her accumulated frequent-flyer points to Cochran, so her husband and daughter could fly to Baltimore with her. Jeanne Lennon, who owns Lennonheads Salon and Spa in Worthington and Columbus, Ohio, donated her Hilton reward points for the family's stay. Loboda took Cochran's daughter site-seeing during the procedure and Rowena Yeager, who owns Studio Wish Salon in Twinsburg, Ohio, kept everyone in the waiting room, including Cochran's husband, comfortable with blankets, pillows and prayers. Sarah McGee, who owns Visual Changes Salon & Spa in Ellicot City, Maryland, was the communicator, posting status updates on Facebook and calling Cochran's parents with news. 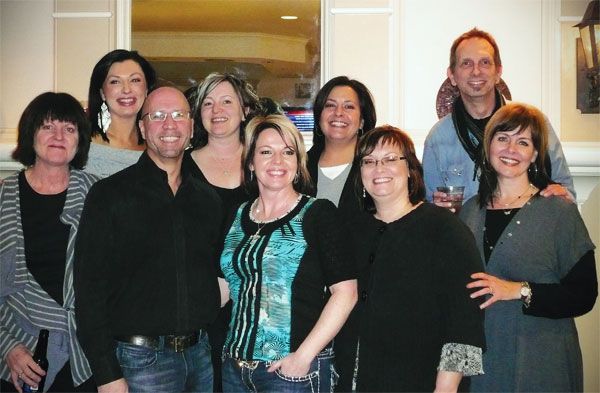 "They are a remarkable group of people- they left their businesses for more than a week to be here and support us," says Cicala. Deciding he needed to do something to give back, Cicala organized a fundraiser the night before the surgery to raise awareness and money for organ donation. A member of a band, Cicala also wrote a song for Lisa, and performed it at the fundraiser.

"It's the hardest thing I've ever done," he says. "Songwriting is intensely personal anyway, but this ramped it up 10,000 percent. There's not enough time and opportunity to thank someone for something like this. It's hard enough when it's a relative, but when a friend steps up out of nowhere â€¦ until that night I hadn't been able to sing the song in private without choking up."

As for the procedure, both Cicala and Cochran sailed through it. "Everything about it was not what I expected," says Cicala, whose mother passed away following a transplant. "I was up clowning around the following day, and back in the salon five days later-basically the group was there to sit on me and keep me in check."

When you ask Cochran how she did through the procedure, she laughs, "I had my hair and make-up done the next morning. But I was walking 40 minutes after the surgery and I walked down the hall, dragging the IV pole with the drip in my arm, to visit Domenic. He turned toward me and immediately you could see his rosy cheeks, the life was coming back to him."

"To have shared in this experience took our group to a whole new level," says Johnston. "Next to the birth of my own kids, this is right up there on the top of the list of significant events in my life. I am honored to have been part of the journey."

Yeager concurs, "Lisa is the most humble, dynamic, selfless person I know. She is an angel on Earth and has already received her wings. I love both Lisa and Domenic so much, and feel blessed to have supported them on this second walk of life."

Cochran wraps up the whole experience by saying, "It's simply the most joyful thing I've ever been part of."

I don't believe in angels

Though I believe some do

In my desperate hour

Your light came shining through

I don't believe in Heaven

But I do believe in grace

I was looking for a chance

When I found it in your face

I don't believe in miracles

I don't believe in signs

I believe in the acts of love

From the hearts of those so kind

I don't believe in sins forgiven

I think I've had too many

But it seems when you look at me

You weren't finding any

I always did believe in truth

Though it hurt me once or twice

I now believe I found the light

In your love and sacrifice

I don't believe in angels

But I do believe in you

There were things I only hoped for

Now they have come true