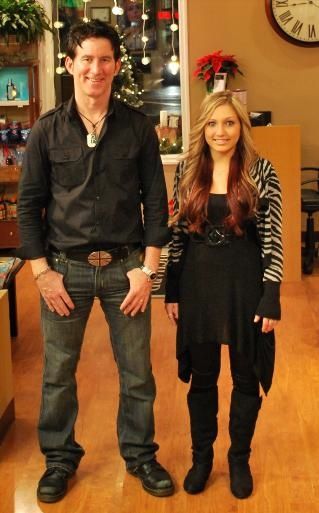 When it comes to social networking, no one understands its marketing power better than your junior staff members. In order to recognize and celebrate his salon's 3rd anniversary, Richard Daly, owner of Richard Salon of Smithtown, found himself brainstorming marketing concepts with his staff of seven. Samatha Whittaker, the salon's youngest stylist, suggested designing a treasure hunt by posting clues on social networking sites and hiding gift cards in public areas around their town of Smithtown, New York.

The tongue-in-cheek viral campaign ended up being one of the young salon's most popular and fun marketing ideas. Two or three times a day during that anniversary week, salon staff members would hide gift cards around town-taped on the back of park benches, inside a shopping center's flower boxes, even under the salon's doormat. Then staff members would post clues via Twitter and Facebook to salon clients. "All in all, we gave away about $400 in gift cards--in increments from $20 to $50," says Daly. "The harder we thought a card was to find, the higher its value."

Clients enthusiastically responded, checking social networking sites constantly and running around town in an attempt to collect the treasure. "In addition to the people who won, we received numerous messages from clients who just missed collecting a card, and others from clients in other parts of the country wishing they could take part also," says Daly.

"Samantha just threw out this idea and we went with it," Daly continued. "The excitement it created was an incredible amount of fun. It turned out to be an inexpensive way to market ourselves. and the success could be directly monitored with the online feedback."