It all started in 1993 when Tod Ernst, one of the owners of Planet Hair in Wichita, Kansas, volunteered to give haircuts to HIV and AIDS patients in the community. With the desire to do more, Ernst and his co-owner Graham Ross, organized the first ArtAID--a small art auction combined with a few hors d'oeuvres and a small fashion show.

"We wanted to do something to raise funds and we wanted it to be fun-at the time though, we had no idea that it would become this popular or that it would last this long," says Ross. 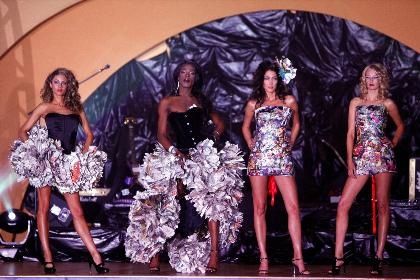 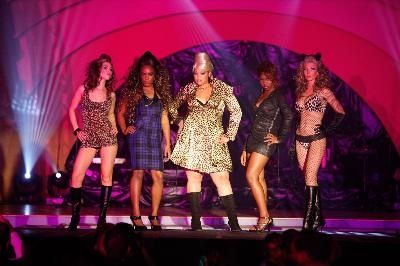 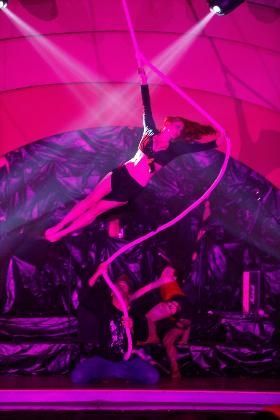 In its 16th year, ArtAID drew a standing-room crowd of 1,500 to the historic Cotillion Ballroom. The enthusiastic crowd bid on live and silent auction items donated by local artists and collectors-raising $92,000 for ArtAID bringing the total over the years to more than $1.1 million. Despite the economy, this year's art sales surpassed previous years by 33 percent.

In fact about five years ago, the event became overwhelming, outgrowing its founders' ability to manage. When word circulated that ArtAID may not continue, other local businesses stepped in to manage different aspects of the event. Today, Planet Hair manages the fashion show aspect of the event. "With a staff of 13 doing the hair and makeup for more than 100 models and dancers, it's still a lot of work," says Ross. "But, this event has a mind of its own and has surpassed our wildest dreams."

Today, the event has no problem soliciting donations from artists. "The event has become a place where artists can make a name for themselves," Ross continues. "Each year, we showcase a featured artist and they get quite a bit of publicity. In addition, on the Wednesday before the event we have a preview party, where attendees can see all the donated art and talk with the artists--but to bid, they have to attend the ArtAID event."

Proceeds from the event were donated to Positive Directions, a local organization that helps people living with HIV and AIDS with housing, food and support. "We keep hearing about people cutting back and supporting less," said Cody Patton, director of Positive Directions. "From the art sales and attendance, we couldn't have asked for a better turnout. The community support is incredible."