Recently I was contacted by Organizational Consultant Rochelle Mucha, Ph.D., who just released her new book, Aesthetic Intelligence: Reclaiming the Power of Your Senses. To research her book, Mucha studied two theater groups in Atlanta, discovering a culture she believes would be the envy of any business organization. It was a world where ego, self-direction and individuality aptly described the players; and respect, connection and interdependency described how they play. (Doesn't that sound like a great way to run your salon?)

While she was researching her book, Mucha recognized that there were two critical imperatives for business today: 1) a need to cultivate an environment of connection and creativity, which leads to innovation, and 2) the need to develop robust and healthy relationships in a diverse and global marketplace. Addressing these imperatives demands a cultural environment that most businesses have failed to create, a culture characterized by the very attributes that define the world of the performing arts.

According to Mucha, Aesthetic Intelligence includes three basic elements: presence, authenticity and synthesis. Presence enables us to listen deeply; to become aware of our innermost thoughts as well as our surrounding environment. Authenticity is about intentional characterization, thinking and preparing for who you have to be for your audience. And, synthesis is the natural outcome of presence, being able to access and absorb while authentically in character.

During the writing process of her book, Mucha also informally observed the operation of the salon she patronized, Aria Salon Spa Shoppe, owned by Matthew and Mechelle Khodayari. Some of her observations found their way into her book, and she reached out to me to share what she thought business could learn from this cutting-edge salon.

"For years, I have been telling Mechelle and Matthew that I need to write something about their place, and finally I have," shares Mucha. "The way things work at Aria served as a stunning example of how an aligned organization can work to engender employees and client engagement and loyalty. They have created an environment that creates consistent, stellar performances every day."

When I interviewed Mucha for a piece in SALON TODAY, she shared some of her enlightening observations of her salon. Listen to a portion of our interview.

Mucha will be sharing her lessons from the theater, as well as her observations of her own salon, when she takes the stage at Serious Business 2010, held at the Roosevelt Hotel in New Orleans from January 24-26. Learn more information about Serious Business and purchase tickets. 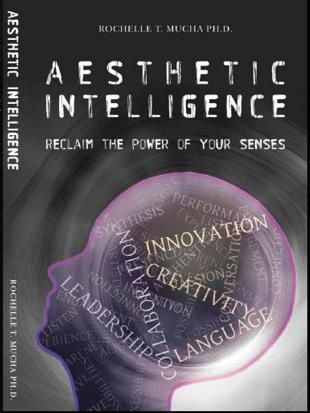