Scent is one of our most powerful senses, and it can quickly summon a powerful memory. If part of your salon experience incorporates a pleasing scent, most likely your clients are connecting that scent to the relaxation they feel at your shampoo bowl, the excitement they feel as stylists finish their new looks, the social camaraderie they feel with your staff.

When I think about, I bet there are at least seven hair care brands that I could identify by scent alone. One of those, and one of my recent favorites, is Oribe. So I was intrigued when I learned that the line's developers took the extraordinary step of working with one of the most venerated French fragrance house to customize the line's scent. Even more fascinating is the fact they created the scent by blending some of the infamous editorial hairdresser's own aromatic memories.

Daniel Kaner, one of the line's founders, recently sat down with me to discuss the process of developing Oribe's custom scent. "When people shop for beauty products, one of their first inclinations is to open the package and smell the fragrance," he says. "Often, they have a quick reaction on whether or not that scent is pleasing, and it will play a big part on whether or not they purchase."

Kaner explained that most manufacturers choose a generic stock scent that harkens back to a popular childhood memory--one that appeals to a broad population of people. Some would say that choosing to custom-blend Oribe's fragrance was a bit risky--but it was a risk the company was willing to take. Although the process took more than a year, Kaner says the journey was an exciting one.

"We considered several of Oribe's fragrant memories from the sexy, musky perfumes he prefers to the Cuban national flower that grew in his grandmother's garden to a special oil that his client Jennifer Lopez always wears," he says. "We took different components, mixed them and adapted them-it was almost like creating a poem, or drawing up a storyboard of scent."

The company named the resulting scent Cote De Zur, which refers to a place on France's coast. "It's a fresh, citrusy, ocean scent," says Kaner.

Once the company and the perfumer were content with the scent, they had to see how it layered with the base elements in the line's different products, then they had to make sure it performed as expected. "We've been delighted with the tremendous reaction the line's scent has gotten," says Kaner. "So much so, that we're looking at developing a hair perfume in an aerosol form that customers can use to refresh the scent between shampoos. Looking back, we wouldn't do it any other way."

Listen in as Daniel Kaner describes how a scent can help create a client experience, and close your eyes as his description of the fragrance takes you on your own journey. 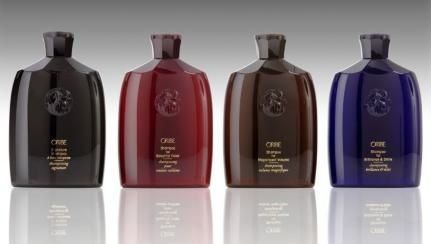 This is being updated, constantly, as more and more beauty industry brands are stepping up and looking for ways to help salons and stylists.

REPORT: Which Beauty Categories Will Thrive, Which Will Struggle

No surprise that products promoting a cleaner lifestyle--soaps, sanitizers, even shampoos--continue to hold but products that are deemed 'can-wait' items may struggle for years to come, according to this new report from Kline.

The company is expeditiously moving forward to manufacture more than 20,000 units of an 80% alcohol spray formula, which will be donated to high-need groups who are facing shortages, such as Southern California first responders, Los Angeles police officers, and low-income families with young children.

Through Beauty Changes Lives, CND and the Horst Rechelbacher Foundation redirect scholarship funds into relief grants for service providers impacted by COVID-19, and are rallying other companies to follow their lead.

Includes expanded unemployment insurance benefits and a recovery rebate. Learn about some of the key points of this important legislation.

LISTEN: Understanding What the Economic Stimulus Means to Stylists

Jump into a webinar with PBA and listen on-demand. It will be a valuable resource to anyone in the industry.