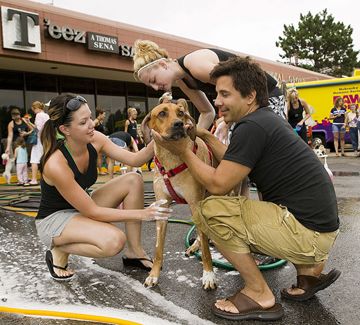 At T'eez-A Thomas Sena Salon in Omaha, Nebraska, philanthropy is for the dogs-literally.

On July 27, the salon will host its 12th annual Dog Wash to benefit the Nebraska Humane Society. The salon's staff and owner will put down their shears and grab the hoses as clients and their â€˜best friends' turn out in packs.

"We've been doing this every year since we opened in 1997, and each year we raise about $1,000," says Thomas Sena. "The staff does all the actual washing of the dogs, and the event usually ends in a huge water fight."

For a minimum $10 donation, canine clients are treated to a shampoo using Paul Mitchell Dog Shampoo donated by the Aerial Company, towel dry, brushing, gourmet dog biscuits and a bandanna with the T'eez logo.

"Last year, the staff kept track of all the dogs' names and voted for their favorites," says Sena. "The winners were a Rottweiler named Guido and a pair of dachshunds named Oscar and Meyer."

If you're in Omaha this weekend, swing by the salon with your pooch! 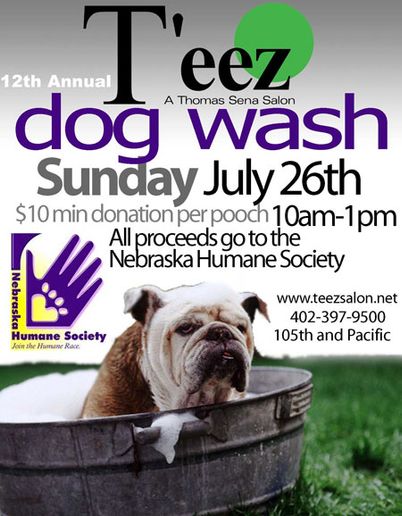 How Stylists Can Sample to Capture a Future Sale

Three proven tactics on how to follow up on a sampling campaign and all are guaranteed to bounce your revenue forward and ensure you capture future sales dollars.

In partnership with STX

Buying Salon Software? Here’s What You Need to Know

Don't forget to consider these things before you go all in with your new salon software.

Preserving the Professionalism of Beauty

With SalonInteractiver, retail is back in the hands of the salon professional and the entire industry benefits.

Profiles in Leadership: Lupe Voss is Always Looking Ahead

Lupe Voss, the owner of Julian August Salon and the founder of the hair color education company Hair Color Magic, is the consummate educator. In an exclusive one-on-one with SALON TODAY, she discusses her leadership style and the life journey that brought her where she is today.

When accountants study an e-commerce system like SalonInteractive, they calculate the savings that go deeper than owners realize. Kopsa Otte's April McDaniel lists the benefits.

The past decade has been a wild ride for professional beauty brands as big box stores, e-commerce, and drug and grocery stores have joined the mix. But now, SalonInteractive is re-routing professional products back to salons and beauty professionals.

Salon management software keeps your client information and financial data safe and secure while reducing the risk of fraud and theft.

Modern Luxury: Does Your Salon Space Have it?

When was the last time you entered a business and felt a sense of bliss and peace the moment you walked in the door? Michele Pelafas, a leading interior designer in the spa and salon industry for more than 20 years, says the modern definition of luxury encompasses much more than furniture and finishes.