The Charles Penzone Family of Salons celebrate 40 fantastic years by re-imagining its future.

In March, Charles and Debra Penzone and their staff of 620 beauty professionals celebrated the 40th anniversary of one of the most innovative and pioneering salon companies in the U.S. Recently, the Penzones reflected on the formation of their success and shared their plans for the future:

Success is the result of a few key, strategic decisions.

When Charles and Debra Penzone look back at their rich history, they can point to a few stages that were critical in shaping the company.

The first was Charles' exposure to Vidal Sassoon during Sassoon's first trip to America around 1968. "He did a show in Chicago with Gene Shacove that literally changed my life, but also the direction our industry was heading," remembers Charles. "I came back and introduced the Sassoon way of things to central Ohio, which gave us a huge jump in our local market." 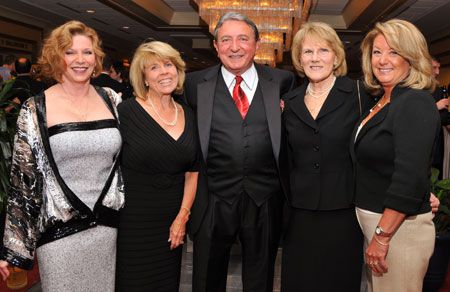 Charles and Debra Penzone at the 40th Annual Awards Celebration that capped their company's Re-Imagine Week.

Charles cites his second most critical decision as the introduction of a training and apprentice program in 1969. "We implemented a program that lasted 12-18 months depending on the individual's ability to progress through the program," he says. "While the idea was popular in Europe at the time, it was unheard of over here."

Throughout the company's growth, the Penzones invested heavily in the quality and design of each location, transforming fairly industrial environments into showplaces. In 1991, Charles realized a 20-year-old vision of a full-service, suburban, freestanding salon and spa and opened the first Grand Salon. "At the time, the biggest salons were about 9,000 square feet and we started opening locations that were 18,000-20,000 square feet," he says. "All of a sudden, we were featured on the Today Show and Inside Edition and in People magazine and every major publication. It was a concept that changed not only Central Ohio, but the entire industry."

Throughout its history, the company continues to be an early adopter of ideas, systems and technology-computerization, gift certificates, online booking programs, centralized call centers, a professional management team-that have kept the brand a leader in both the market and the industry.

Throughout time, our brand has remained constant.

"It has always been synonymous with incredible service, luxury, professionalism and cutting-edge style," says Debra. "And it works. It's one of the strongest brands in our area-we enjoy 97-percent name recognition in Central Ohio."
Today the brand includes six salons surrounding the Columbus area under three names, with three Grand Salons, two urban salons known as MAX The Salon, and the upscale neighborhood Q Salon.

The key ingredient to our success is our people.

"When we held our celebration and awards banquet, I told our staff there were about 10,000 people who preceeded them, and each and every one has contributed to our overall success," says Charles. At the celebration, the Penzones honored four people who helped start the company with Charles in 1969-together they've contributed 134 years of service and one, Jaqi Howard, is still working with them.

"Not only do we have a very low attrition rate of six percent to eight percent with many employees celebrating decades of services, but we've been with many of our outside advisors-bankers, lawyers, accountants-for many years," he says.

It's a time to celebrate-and connect to the future: by text, Twitter and other community-building technology.

The company celebrated its 40th anniversary with a week of activities March 1-7, kicking off the event the way they lead their company-by focusing forward. During the Re-Imagine Event, President Debra Penzone spoke about the direction the company was headed, the continued importance of its professional image during the nation's tough economic struggle, and the importance of focusing on new opportunities. 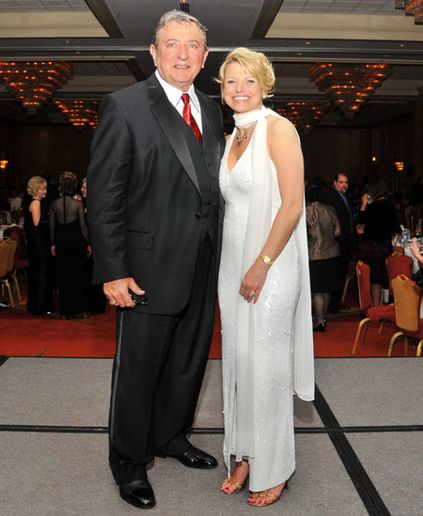 "We shared information on the re-launch of our website (charlespenzone.com), which will allow us to change information constantly, post videos and makeover images, and build a community among our clients by leveraging social media sites like Facebook, LinkedIn and Twitter," says Debra. Throughout the corporate presentation, Debra kept employees engaged by posting questions to her audience, inviting them to text message their responses, and giving prizes for the best and fastest texters.

By sharing the community's perception of the brand-revealing the responses of mystery shoppers and sharing blogs about the salon-the Penzones reinforced with their staff what they already know to be true: Exceptional customer service and a focus on professionalism are what have set the business apart and kept it growing.

The Penzones also used the opportunity to reassure staff about the company's sustainability. "We put up a slide that showed since we were founded in 1969, we've been through seven economic downturns-we've gotten through them before and we'll get through this one as well," says Charles.

The rest of the week's activities focused on celebration and a Saturday night gala, awards banquet and fashion show.

Continued growth means knowing when to step back.

At last year's awards banquet, when Charles announced Debra would assume her current role as president of the company, he also announced he would step down from day-to-day operation. But then he publicly surprised her by stating he was taking an immediate three-month sabbatical. "Those three months have stretched into 12," he says fondly. "Though I continue in my role as chairman to serve as an advisor to the company, we feel we've put together a great team of people that will continue to keep the brand infused with fresh ideas."

But Charles' willingness to step back doesn't make him shy about speaking up on Debra's accomplishments. Realizing the importance of the community in their success, the company has generously supported a number of organizations, including Adventures for Wish Kids, American Cancer Society, American Heart Association, Susan G. Komen, and Look Good Feel Better. "Debra spends an unbelievable amount of time and energy on these causes and empowers our staff to do the same."