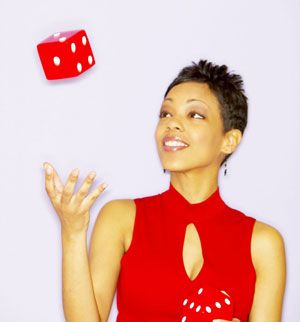 BOA accounts for only half of Zona's advisory board activity. He attends a second bimonthly meeting as the only salon on an advisory board composed of local business owners. These meetings are run by paid facilitators and outside experts financed by annual board membership dues of $7,000. Although it's not the purpose of an outside board to trade services, Zona says that membership does offer him access to valuable resources. "I've tapped into legal advice from the law firm and financial advice on two different levels," he reports. "But I don't want these relationships to become so familiar that we stop being blunt with each other."

With ten salon and spa locations, a school, a product line and annual receipts totaling nearly $20 million, Eveline Charles has few peers among her fellow Canadian salon/spa owners but feels it's essential to solicit feedback from a panel of knowledgeable business owners. To fill this need, Charles pays three local businesspeople from other industries to attend a full-day quarterly meeting focused only on the Eveline Charles business. The three provide insight after Charles and her four-member executive board deliver a report on the quarter's budget figures, strategic plan progress and new developments.

The timing of this year-old advisory board is no accident; Charles hopes to enter semi-retirement in the not-too-distant future. She assembled the advisory board and executive team with the intention that the two bodies would work together and continue to grow the business without her daily attention. She plans to add up to three more advisory board members before she leaves.

"They serve as my sounding board," says Charles, who met her board members when she participated in a business networking group. "A true board of directors makes the calls on the company, but this is not a publicly traded company. These advisory board members simply bring clarity. I've chosen people who are able to understand my industry and help me get through the hurdles I experience. We present our positives but also our weaknesses, and we ask for suggestions. After hearing every member's input, our direction becomes clearer."

Charles cites two currently pending decisions regarding the next level of growth that her board is helping her to weigh: Should she franchise salons or sell 50/50 partnerships, and should the company make its beauty products available to other salons?

Strategy of the Game
Peggy Mitchusson, owner of The Face and The Body Spa in St. Louis, discovered an instant outside-the-industry advisory board when she joined her local chapter of the Women Presidents' Organization (WPO). Open to women owners of businesses with revenues of $2 million or more, the chapter holds three-hour monthly meetings for its 15 members to present case studies in a specific format, followed by a question-and-answer period.

"We go around the room, and everyone can offer suggestions for handling the issue," explains Mitchusson, who estimates that roughly once a year she's the case study presenter. "The advice must come from personal experience of having dealt with the problem; we do not simply offer opinions. Often you get your answer just by carefully outlining the problem." Like other outside boards, the WPO chapter requires members to sign a confidentiality agreement, and Mitchusson represents the only spa business.

"We have an attorney, a CPA, an owner of an interior design company, a computer programmer, a banker," says Mitchusson. "It's very diverse."
Chreky, too, plans to develop an outside-the-industry board with her bank president and other business-savvy locals to supplement the counsel she receives from BOA. "I expect the outside board to be visionary and focus on the economy," she notes.

Although Mitchusson observes that being detached from your industry and your business gives outside boards an advantage in objectivity, she also feels the need for industry-centered discussion (see box). "My WPO group may offer advice in customer service or marketing that has nothing to do with our industry," she notes.

Benchmarks and nuances are more meaningful within an industry-specific board, agrees Zona. "If my rent is at 7 percent, my industry board tells me how that compares with other salons," he says. "And when these really smart people who have been very successful in my industry are nodding as I'm talking about my business, I know that I'm on the right track."

Board Mentality
Even salons that are corporations and, therefore have legal obligations to establish a board of directors, tend to keep the boards informal and invite only owners to join. This was the case with Neill Corporation, until its current president, Edwin Neill III expanded and formalized the board of the multifaceted company, which includes an Aveda distributorship, Paris Parker Salons, Neill Quality College and SalonBiz and SpaBiz software.

An attorney with an MBA degree, Neill invited three outsiders-the president of a Neill Corp. affiliate, the CEO from another industry's distribution company and a professor from a nearby university-to complement his four-person management team as additional directors.

At formal board of directors meetings, decisions are made through binding votes, and someone is in charge of taking  minutes for the meeting. Prior to the meeting, each director receives a "board book" listing the agenda items and previewing the discussion points.

Generally, Neill's four- to six-hour meeting, conducted by the president, is comprised of:

Cost involves the time the inside team spends on preparing the reports as well as per-meeting compensation for the outside directors. However, Neill says it's not necessary to meet more than twice a year or, at most, quarterly if there's some fast-changing activity. He sees a board of directors in the salon industry as operating no differently from any other industry's boards.

"When you bring in $10 million a year, you act like other businesses that bring in that kind of figure," Neill maintains. "And those companies rely on advice to analyze where their business is currently and how to grow and move forward. While a lot of what we do on the people side of our business departs from other industries, there's nothing that would change the way our boards of directors work. In addition, good directors know that every business has individual pieces, and often it's the very aspects that distinguish them from competitors that drive their success."

Much like advisory board members, Neill's directors are most helpful when they're being tough. "Your outside directors may grill you on your numbers until they're confident that what you're saying makes sense," says Neill. "That's critical, and it's why it's important to include on the board not only people whose paychecks you sign. In fact, even preparing the report is valuable in anticipation of those questions."

Minority shareholders are generally invited to the board meetings, although the typical salon operation has few if any minority shareholders, Neill sees that changing. "I know of a couple of salon groups now being run by the second generation," Neill observes. "Those companies have multiple shareholders. The corporate life cycle of a salon used to coincide with the life cycle of the founder, but today the industry is evolving to include more multi-generational companies. Do we need to act like other industries now that we've grown up? Yes, and a board of directors is a big part of that."