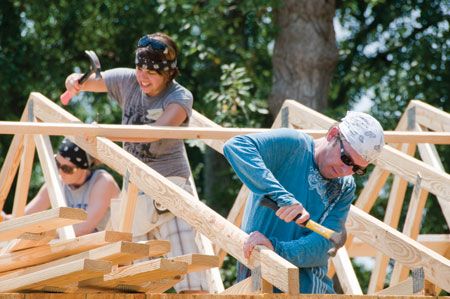 Shortly after Hurricane Katrina struck New Orleans, industry icon Vidal Sassoon turned to his wife Ronnie and said, "We need to go down and build houses."

The plight of the homeless hurricane victims resonated deeply with Sassoon who, as a child, endured hardships that left him homeless and in a London orphanage for six years. He was finally reunited with his mother after World War II and, thanks to housing constructed by the post-war British government, his family was able to move into a home of their own.

"When I look at New Orleans and see how many people are homeless, it brings me back to my early days. I continue to ask myself, â€˜How can one of the richest countries in the world not look after one of its greatest cities?'" he says. "We are number one in innovation and technology, but when it comes to looking after our own we fall short."

Vidal and Ronnie did indeed go down to Slidell, Louisiana, and in 2006 constructed two houses in partnership with Habitat for Humanity and Hurricane Katrina-displaced families. Afterward, Sassoon found himself thinking, "Wouldn't it be marvelous to get the entire craft involved?"

Moved by the joy his efforts brought the partner families as they moved into their new homes, yet overwhelmed by the enormity of the destruction that remained, Sassoon called on Mary Rector-Gable of behindthechair.com for help. Together, they founded "Hairdressers Unlocking Hope," an initiative to not only bring continued awareness to the desperation still felt by families in the aftermath of Katrina, but also to show the world that the entire hairdressing community can make miracles happen. 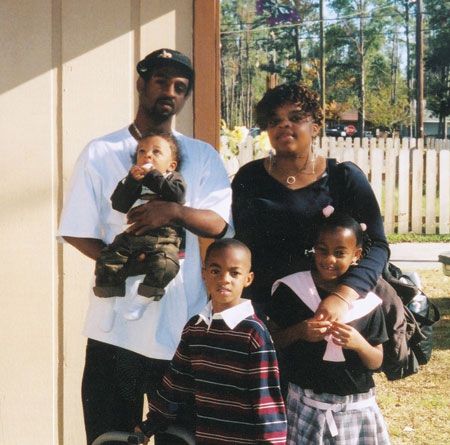 Rebecca Bedinger and Doug Denton of Ippatsu Salon in Champaign, Illinois, hammer trusses into place on a Habitat home.

Krystal Journee and Jason Honore are parents of three children, Dominice, 8; Jason, 7; and Jalen, 2. The family lived in New Orleans when Hurricane Katrina forced them to evacuate. Since returning to the area, the family has been forced to rent in an unsafe neighborhood where the children can't play outside and the bedrooms are so small, they barely fit a bed and belongings. The family is excited to be moving to their new three-bedroom home built by Hairdressers Unlocking Hope and Habitat for Humanity.

In its first year, the initiative rallied hair industry professionals to raise $1.5 million in funds, as well as build 10 homes in partnership with Habitat families. "What was so exciting is that even young kids were sending in $50," says Sassoon.
Last June, Hairdressers Unlocking Hope broke ground on nine new houses in St. Tammany Parish near Slidell. "About a month ago, I came out of New Orleans, and the 21st house had been built, and it was all done by hairdressers."