What do you do to attract topnotch employees? With competition rising, particularly for hairdressers with a following, "talent poaching" may be reaching new heights. 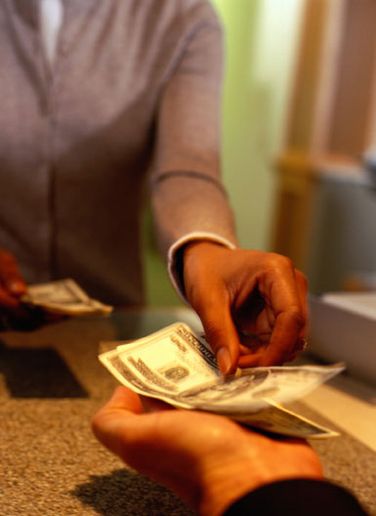 Traditionally discouraged by professional organizations like Intercoiffure, which won't accept members who do it, "staff-stealing" is sometimes loosely defined. One owner's "poaching" is another's fair recruitment practice; employee contracts address the right-to-work portion of the equation. Still, the offer of 100-percent commission for six months is bound to change the state of the salon recruitment if it becomes the recruitment norm.

â€¢    Stephen Alexander, president of New York Hair Co. in Florida, bought the chain more than a year ago. He says he sold one location and closed another because the lease was up, leaving him with three locations.

â€¢    In a letter dated October 2, 2008, of which Modern Salon has obtained a copy, Alexander offers "100% commission paid for six months." His letter goes on to detail the catch: "If you are an established stylist, billing over $1,000 a week off season, and $2,000 a week in season, needing to earn a lot more in the next year and think you could move to one of our locations?" (sic)

â€¢    The letter was sent to licensed hairdressers in the state of Florida, targeting no one specifically, says Alexander, who adds that he has had a "huge response."

â€¢    Sarasota salon owner Richard Weintraub says he and his partners met with Alexander months ago about buying one of the New York Hair Co locations, were asked to sign a confidentiality agreement, and did not, walking away. Alexander vehemently denies any of his locations are for sale and says Weintraub's partners approached him.

Taking at face value that the salons are not for sale now, how can Alexander afford to pay 100% commission? He's happy to make no money for while, he says, and it makes no sense not to utilize empty chairs. Existing stylists in the salon will get the walk-ins. Which means, new, 100-percent commission recruits will use the chairs and keep the cash, until they renegotiate commissions after six months.

"My intention is not to steal staff but to make the salons attractive, get the best stylists in town and earn the maximum," says Alexander. "We do this for money, at the end of the day."

In regards to ruffling feathers, he says it does bother him if someone thinks he's poaching. "I'm doing my job, not being malicious. This is a marketing technique. You give away a free cut to get a new client; 100-percent commission for six months is a way to get a new stylist."

Weintraub says he read Alexander's letter to his employees, and told them they should be wary. For one thing, if the salons were to be sold for unforeseen reasons, any new owner would not be held to the 100-percent commission agreement, he says.

"Today, the average product cost is 8-percent; so why would you pay 100-percent commission?" asks Weintraub. "When stylists are recruited with a promise like this, they should realize if it sounds too good to be true, it probably is. Most stylists don't know that every time they move with a book, they lose 20 to 25-percent of their clients-especially if the salon they left is proactive in maintaining clients."

Not to mention, he adds, taking one or two top producers from a salon that invested in building those employees could push it out of business, which he personally considers unethical.

Alexander, who previously did acquisition work in the UK, says that as of this writing, no one has started at 100-percent commission, but he is "in discussion" with a few stylists. Of his recruitment techniques, he says maybe they will make other salon owners think of their staffs more.

What are you thinking? E-mail us and let us know.