More than 125 salon and spa owners recently gathered at the Hard Rock Hotel in downtown Chicago to talk big business at the annual SALON TODAY 360Â° conference. The three-day educational event and networking seminar showcased discussions from industry leaders who are at the top of their game in marketing, recruitment, employee communication and more. This year's conference was sponsored by Profound Beauty, SalonBiz, Aveda, Bohyme, Bestsalonsearch.com and ConfirmText.

Jill Kohler, owner of the prestigious Kohler Academy in Arizona, served as a keynote speaker. She shared her tough, no-nonsense approach to grooming elite future beauty professionals, which resonated tremendously with attendees. Kohler noted that successful business depends on building deep, solid relationships and that the best educator remains a student. Also, to be an effective leader and to build trust in students and employees, she advised attendees to be transparent-in other words, be open, honest and accessible.

Jason Dorsey, the "Gen Y Guy," decoded the secrets for salon owners to manage their "Gen Y" employees. Dorsey was a smash hit among attendees, highlighting the differing work ethic between baby boomers and their Gen Y colleagues. Lesson learned? To motivate Gen Y-ers to work to their utmost potential, baby boomer managers should provide consistent feedback to their younger employees and think of themselves more as a coach than as "the boss."

Bob Nelson, also known as "The Guru of Thank You" further delved into the topic of employee communication by emphasizing the importance of energy. Nelson insisted that in order to have happy, productive employees, salon owners must themselves be energetic and motivated. Nelson advised attendees to imagine that every employee is wearing a sign that says: "Make me feel important." Recognition is key, he said.

Bonnie Canavino, founder of the Red Cherry Group (a provider of certified organic salon and spa professional products) covered the spa industry from top to bottom. Canavino explained that the spa market is increasingly diverse and influenced by medispas, nail salons and resorts. She also forecasted that organic-based wellness will dominate spa business and that owners should pay attention to this growing trend. She also advised owners not to neglect public relations, marketing and strategically designed promotions and discounts are all crucial to building a thriving spa business.

Kristi Valenzuela, owner of Crystal Focus Salon Success Coaching, underscored the importance of using "people skills for profitability." She suggested that the audience subscribe to her formula for success: EE=MC2 (Exceeding Expectations=More Clients2. She encouraged salon owners to ask themselves daily: How can I be new, better, bigger, different?

Retail is a hot industry topic at the moment-especially amid a sour economy, which is precisely why SALON TODAY featured a panel of leading salon owners to discuss how salon owners can boost retail sales and rethink their selling strategies. The group included: Richard Calcasola of Maximus Salon and Spa, Jeffrey LaMorte of Jeffrey LaMorte Salon and Day Spas, Phil Fennel, owner of Experience, the Salon, and Deborah Marinis, owner of TouchÃ¨ Salon.

After motivational discussions and strategies, the SALON TODAY 360Âº attendees left armed with smart ideas to be better leaders. 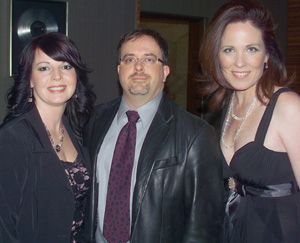 From left: Rowena and Eric Yeager of Studio Wish in Streetsboro, Ohio, with Bonnie Conte of Avalon Salon and Day Spa in Deer Park, Illinois. 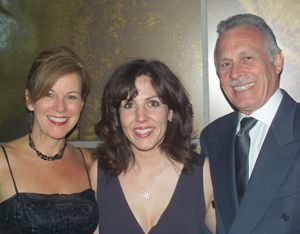 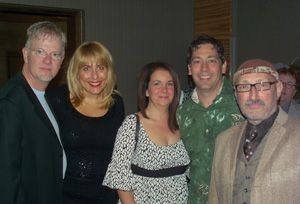 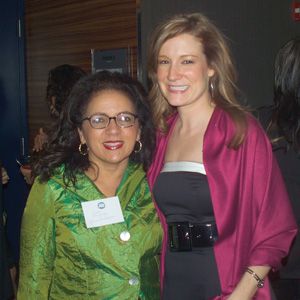 Get more Salon Today 360 coverage below: