Tucked away in coastal Georgia is the 4,000-acre Hampton Island Preserve, an elite, members-only club known for its multimillion-dollar homes as well as its commitment to nature preservation. To keep the private island serene, only 163 home sites are available, and the island's members must uphold strict ecological guidelines. So, it would be only appropriate that when it came time to add spa facilities to the private club, they would fit in seamlessly with the island's character. 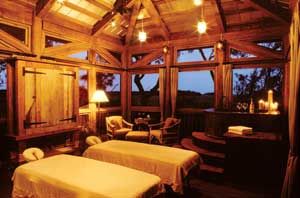 In 2005, the preserve hired Lydia Abernathy Mondavi, a spa consultant and founder of The Abernathy Group, to develop the concepts for the spas. After working for Ralph Lauren's cosmetics and beauty division for a decade, Mondavi joined an Atlanta spa as the executive director of sales, marketing and operations.

"I immersed myself in the spa business, then went into my own consulting firm after five years," she says. In the years since, she's been the creative force behind some of the world's foremost luxury spas, including The Retreat Spa in Palm Springs, California, and Villa Lucia Vorno in Italy's Tuscan region.

From the planning stages on, Mondavi was determined to create a sanctuary that would both tell the story of the island and surpass the high expectations of the club's members. "You visit Hampton Island and the land really speaks to you," she says. "The development of Hampton Island is very focused on preserving the land and giving back, so it would just not fit to build a gigantic, traditional spa. Instead, we created smaller destination spas nestled around the island."

The first of the small spas opened this year. The Farm House Spa, designed to resemble a quaint barn complete with large barn doors between treatment rooms, is furnished with antique stools, tables and grain bins that store herbs to be used for treatments.

Each room has a private porch and a tub overlooking a waterfall and an organic spa garden from which nearly all the herbs and botanicals for treatments are harvested. 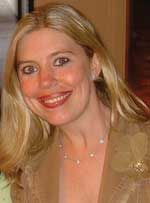 "We can hand-harvest them, or the client can harvest them with us so they can learn about herbs and botanicals," explains Mondavi.  "We crush them right there with a mortar and pestle."

Virtually all treatments at the spa are made with organic ingredients and custom-tailored for each guest. "When the chamomile is in season, the chamomile milk and honey mask is popular. The treatments are based on what is growing at the time," says Mondavi. "Hampton Island was once part of the rice plantations, so we do warm rice and sugar scrubs as well. Treatments like that really go back to the culture of the island."

Possibly more impressive than the treatments, though, is the island's second spa location: the Treehouse Spa, a secluded, two-story treehouse. "We found the perfect spot overlooking the marsh that provides the best views at sunrise and sunset," says Mondavi. The open-air facility, accessible only by a boardwalk, is built among ancient live oak trees, and features a custom-built copper and reclaimed wood soaking tub for two, a living room/lounging area, a bathroom and a porch to enjoy wine and cheese, the view or just a good book.

The Treehouse Spa is often booked well in advance, since it caters to only one party at a time.

"When you have a treatment at the Treehouse Spa, you can go there for your treatment, have lunch afterwards or go for half an afternoon or the whole day," adds Mondavi. "It's not like a traditional spa where your appointment is backed up to someone else's. It's your private spa." Which is good, because according to Mondavi, hardly anyone ever books just one treatment. Among the most popular services is the Yuzu Water Tub Treatment, which is a tub soaking massage. "When you're sitting in the tub, you're at eye level with the sunset in the marsh," she adds.

Three more spa projects are also in the planning stages, expected for completion by 2008: The Rice House Spa, overlooking the 18th hole of the Ricefields golf course. "Each treatment room will have garden balcony views and a fireplace," says Mondavi. "This will have more of a traditional spa setting, but each room is designed to give a private spa experience."

In addition, a spa wellness center will be built at the Grist Mill, an activities center on the island. "We'll be doing yoga on the beach, Pilates, and other stretching, toning and meditation classes," she says. And, for a completely unique experience, Hampton Island will construct The Retreat, a floating massage table that overlooks the marsh.

One might assume the cost for a treatment at any of these spas would be astronomical, but that's only half-true.

"This is a private island for members and residents only, so they set up membership fees so there is no price [for spa services]," explains Mondavi. "When you go to a spa at Hampton Island, it's like it was built specifically for you. It's better than going to a traditional spa and sitting with all these strangers before your service, and then afterwards having to pull out your credit card."

Whatever Hampton Island spa they choose to frequent, the members can count on superior customer service and treatments. "When the guest experiences a treatment, it's about that sense of place and the services that should be in the area, versus a Balinese massage in Georgia," concludes Mondavi. "We really try to work hard to create the individual experience, so none of our spas are the same."